Welcome to the Long Island Chapter of the American Society of Travel Advisors,
your source for the latest travel-industry news and information for travel professionals
​ and travelers on Long Island and in the New York City area! 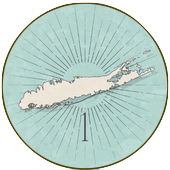 In 1933 ASTA (then known as the American Steamship and Tourist Agents Association) formed its very first chapter. From there, ASTA developed its chapter system which has grown into a network of 38 domestic chapters and is an essential support system for ASTA's national goals and policies. This system also focuses on member involvement in the Society.ASTA began in February 1931 when 60 travel agents gathered at the Montclair Hotel in New York.
On April 20th a constitution, by-laws and a statement on their Code of Ethics were adopted and 11 members signed up. By the end of the year 150 members were on board and their first annual convention was held in November. Seventy years later more than 26,000 members in 170 countries participate in ASTA's mission to enhance the professionalism of its members through effective representation in industry, government affairs, education, training, and by identifying and meeting the needs of the traveling public.

The year was 1965 (which means that LIASTA is celebrating its 56th Anniversary this year) and the number of travel agencies was growing on Long Island. Agents who belonged to NYASTA found it inconvenient going into Manhattan for evening meetings and returning late. So, the need for a Long Island Chapter was felt even by National ASTA, then headquartered in NYC. In the Fall of 1965 Jim Panos was appointed Liaison Officer to work with National ASTA to form a Long Island Chapter. Within a few months the necessary nucleus was formed and the first official meeting was held November 19, 1965 at the Huntington Town House (price $4.70 inclusive). About 25 agents were in attendance including, but not limited to, Bob Peterson; Joe Ryan; Tony Oliveri; Max Petschek; Joe Buckhauller; Edie Patchogue; Bill Ganses; Billie Holme; Dick Sturm; Lillian Greenspan, Sanford Hersey; Paul Sabatino; Eric Kessler. It was a pleasant and historic evening.

The elections held that night resulted in the first Board: Jim Panos President; Evelyn Ryan, Vice President; Marion Burkhalter, Secretary; Ulrich Arnheim, Treasurer. Thereafter meetings were held at the old Garden City Hotel where plans were formulated to increase chapter membership. Within a year membership increased to 60 agencies and 24 Allied members. A first for any ASTA chapter was the in-the-country meeting to Arizona, Grand Canyon and San Francisco, in keeping with the US government's Discover America Program at the time to benefit our balance of payments. For this, the chapter received a letter of commendation from the then Vice President Hubert H. Humphrey. It is 56 years since those humble beginnings and the face of the travel industry has changed considerably. Board meetings are held periodically, chapter meetings are held once a month to help inform and educate its members, and an annual Trade Show provides its numerous allied members a venue it keep in touch with members and their agents.
More About Us 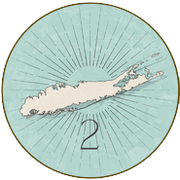 Feel free to contact the ASTA Long Island Chapter with any questions, comments, or suggestions. You’ll find the contact information for our board members and committee chairs on the ASTA  Long Island Board page.